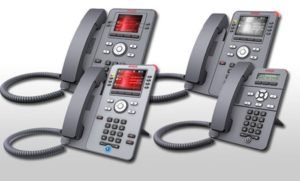 The Avaya J100-Series represent Avaya’s latest generation of IP Phones which are optimized for use on Avaya and selected non-Avaya call servers. The J100-Series use a refreshed industrial design and common software providing a consistent installation and user experience.